Abstract
DNA methylation in plants affects transposon silencing, transcriptional regulation, and thus phenotypic variation. One unanswered question is whether DNA methylation could be involved in local adaptation of plant populations to their environments. If methylation alters phenotypes to improve plant response to the environment, then methylation sites or the genes that affect them could be a target of natural selection. Using reduced-representation bisulfite sequencing (RRBS) data, we assessed whether climate is associated with variation in DNA methylation levels among 58 naturally occurring, species-wide samples of valley oak (Quercus lobata) collected across climate gradients. We identified the genomic context of these variants referencing a new draft valley oak genome sequence. Methylation data were obtained for 341,107 cytosines, of which we deemed 57,488 as single-methylation variants (SMVs), found in the CG, CHG, and CHH sequence contexts. Environmental association analyses revealed 43 specific SMVs that are significantly associated with any of four climate variables, the majority of which are associated with mean maximum temperature. The 43 climate-associated SMVs tend to occur in or near genes, several of which have known involvement in plant response to environment. Multivariate analyses show that climate and spatial variables explain more overall variance in CG-SMVs among individuals than in SNPs, CHG-SMVs, or CHH-SMVs. Together, these results from natural oak populations provide initial evidence for a role of CG methylation in locally adaptive evolution or plasticity in plant response. 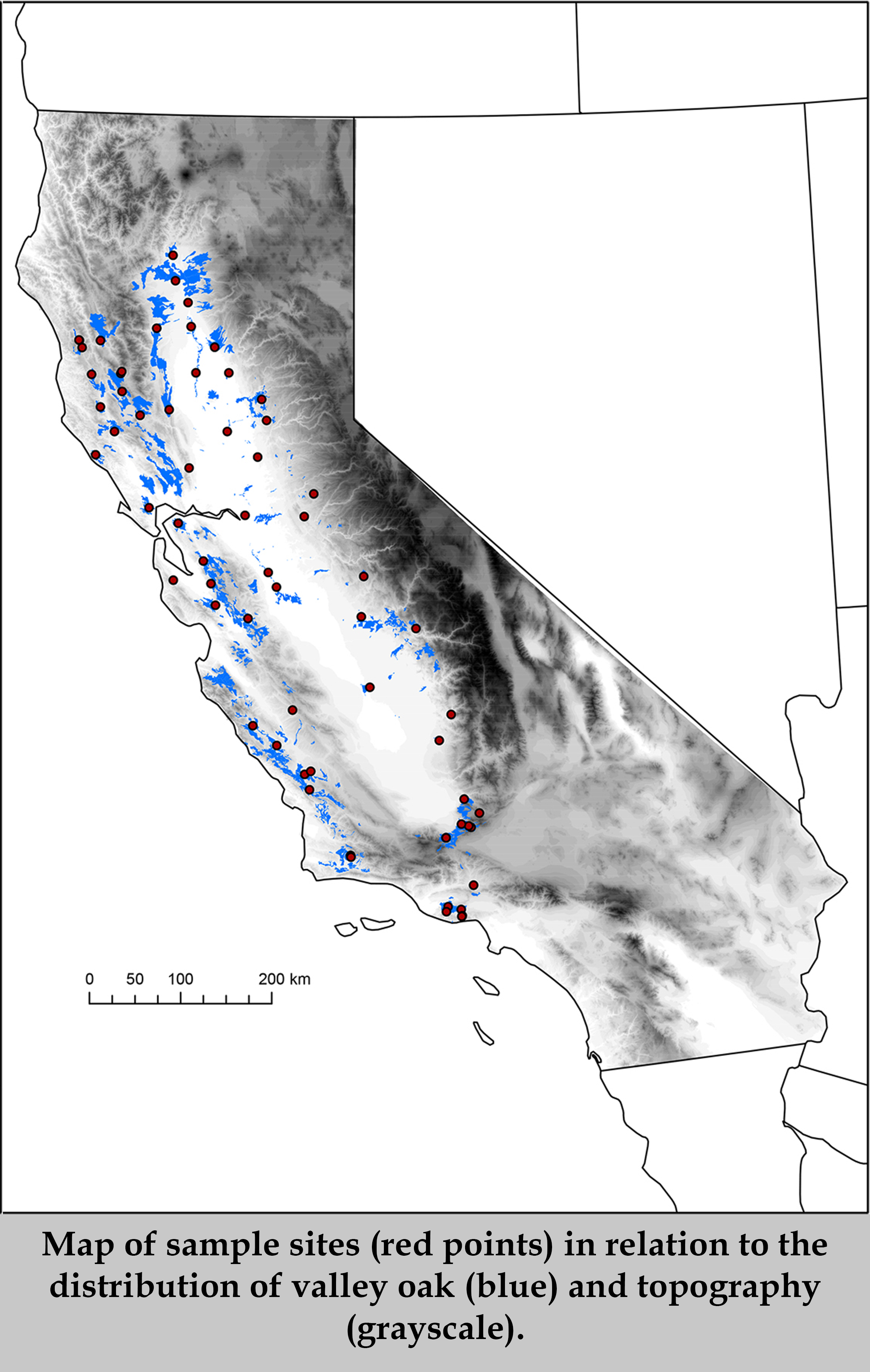 Abstract
It has long been known that adaptive evolution can occur through genetic mutations in DNA sequence, but it is unclear whether adaptive evolution can occur through analogous epigenetic mechanisms, such as through DNA methylation. If epigenetic variation contributes directly to evolution, species under threat of disease, invasive competition, climate change or other stresses would have greater stores of variation from which to draw. We looked for evidence of natural selection acting on variably methylated DNA sites using population genomic analysis across three climatologically distinct populations of valley oaks. We found patterns of genetic and epigenetic differentiations that indicate local adaptation is operating on large portions of the oak genome. While CHG methyl polymorphisms are not playing a signiﬁcant role and would make poor targets for natural selection, our ﬁndings suggest that CpG methyl polymor-phisms as a whole are involved in local adaptation, either directly or through linkage to regions under selection. 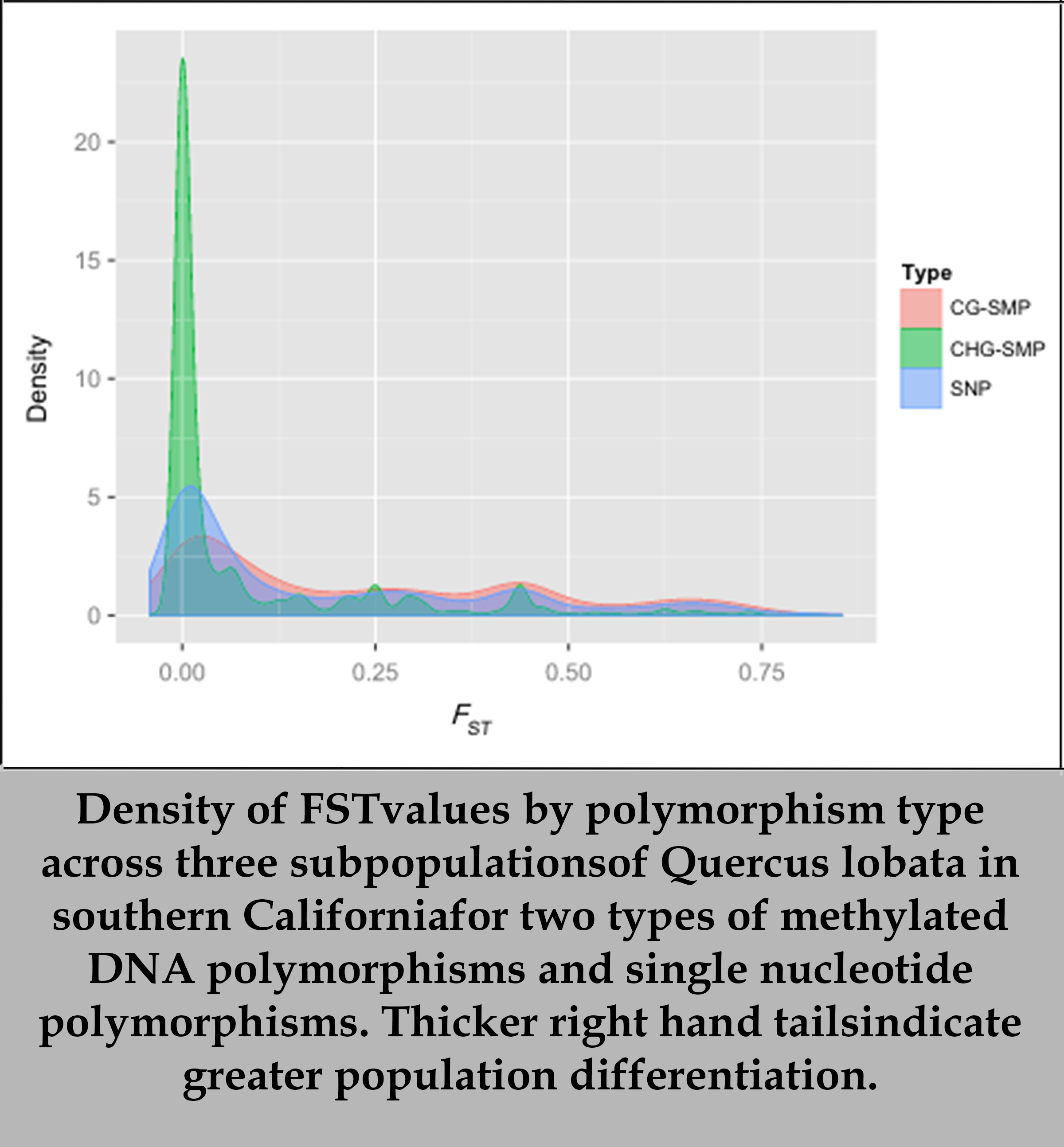 Data links for this study:
-Article
-FST and VCF files at Dryad